Click on the link to be directed to the review. 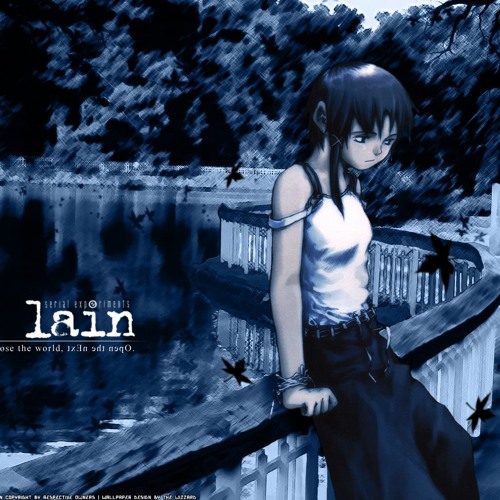 Serial Experiments: Lain premiered in summer of 1998. It's commonly categorized as a psychological anime. It has a total of 13 episodes, each about 23 minutes long. The story follows 14-year-old Lain Iwakura, an introverted and technologically-inept girl. After her classmate dies of a suicide, she recieves an email from said classmate. Opening the email, she's introduced to the Wired, similar to today's internet. Lain encounters mysterious events consecutively, getting wrapped up in the world of the Wired.

I'm a big fan of the art style, I think the animation was done very well for the time and I like older art styles anyway. I rate the art style 8/10.

The plot is great. It's hard to understand at first and you really have to pay attention. I believe it's left up to the viewer to decide what everything means. However, the basic plot without viewer's interpretation is a 7/10 in my opinion. It certainly isn't the most engaging and interesting plot I've seen, but it still ranks pretty high.

The character design was done adequately. Lain's character develops drastically throughout the show but the other characters are almost NPC-like. They're very boring and have little to no character development. If you're looking for a show that features multiple main characters, this is not for you. 5/10, which is because of Lain. Without her it would be a 1/10.

My overall rating is a solid 7 out of 10. I do recommend this anime.